Coronavirus in the Inland Empire

The Inland Empire (IE) is a growing metropolitan area east of Los Angeles in Southern California made up of Riverside and San Bernardino Counties. With a population of approximately 4 million people, this website's goal is to show official information and provide resources to the people and businesses of the IE. 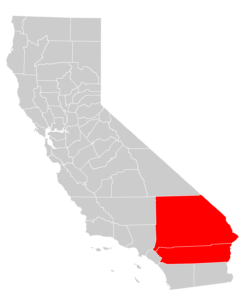 Coronavirus in the News 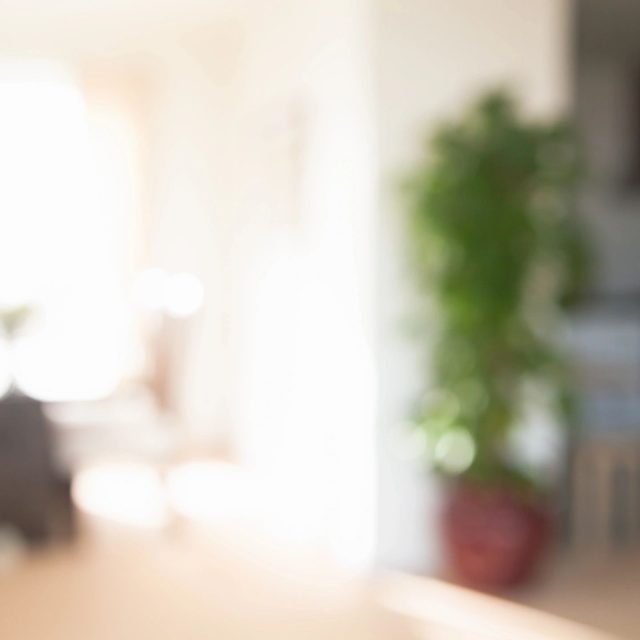 Three Inland Empire women have been charged with crimes after federal authorities say they each fraudulently obtained hundreds of thousands of dollars in COVID-19 unemployment benefits, including money obtained in the names of ineligible prison inmates.Sequoia Edwards, 35, of Moreno Valley; Mireya Ramos, 42, of Colton; and Paris Thomas, 33, of San Bernardino, were each charged with fraud in connection with emergency benefits and wire fraud, according to a news release from the U.S. Department of Justice.Each of the three faces a maximum sentence of 50 years in prison if convicted as charged. None of the three has entered a plea, court records show.The three are among the approximately 150 people who have been charged with unemployment fraud since Congress passed the Coronavirus Aid, Relief, and Economic Security Act in 2020 to provide extra unemployment benefits during the pandemic. Edwards filed at least 27 fraudulent claims, including six which used inmates’ identities, to obtain $455,000, the release said. Those IDs came from her incarcerated cousin, the DOJ said.Ramos filed at least 37 fraudulent claims, most of which were submitted in the names of inmates, to get $353,532 in benefits. Many stated that the applicants were unemployed barbers. The IDs came […] 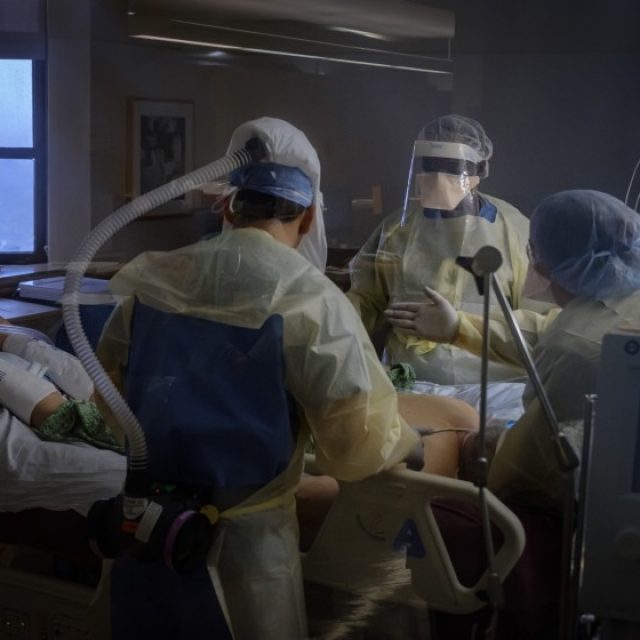 SAN FRANCISCO —  The COVID-19 death toll in California has exceeded 60,000, an alarming statistic that comes even as conditions in the state continue to improve.The state’s toll represents 10.7% of COVID-19 deaths nationwide. California is home to about 12% of Americans.Although California’s death toll was lower per capita than in the other most populous states, COVID-19 has hit some communities particularly hard. The state’s lower-income Latino communities — home to many essential workers who often live in crowded housing — saw disproportionately high numbers of deaths while affluent areas saw lower numbers.The milestone in fatalities, recorded this weekend, comes as California has achieved significant progress in slowing the spread of the coronavirus. Daily deaths and hospitalizations have plummeted, and the state has so far avoided the spring resurgence that has hit other parts of the country.ADVERTISINGBeginning Thursday, all Californians age 16 and up will be eligible for the COVID-19 vaccine, bringing hope of further taming the coronavirus.Some local governments and health systems have moved even faster to open vaccine appointments. City-run sites in Los Angeles this weekend began allowing anyone 16 and older to book vaccine appointments for openings as early as Tuesday.Officials, however, warned that supplies of vaccine will still remain limited […]

Miguel’s Jr. reopens dining rooms; Farmer Boys plans to do it on April 13 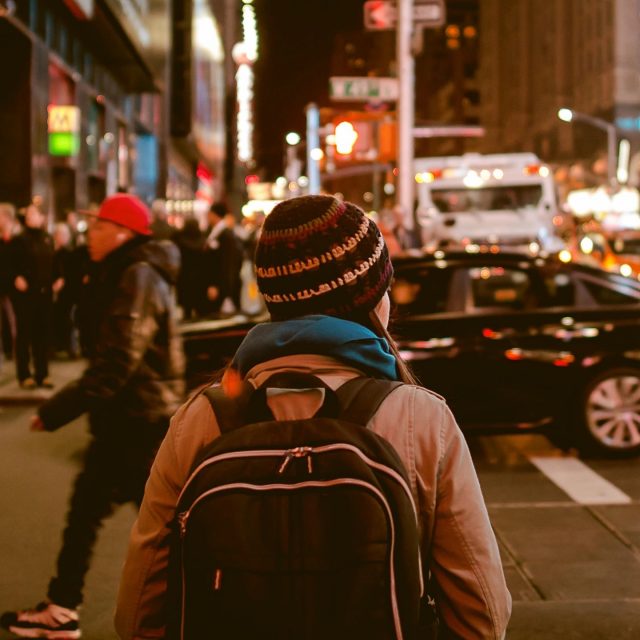 Dining rooms are reopening at two Inland Empire-based restaurant chains as coronavirus restrictions ease.All of Southern California is in the orange tier of the state’s COVID-19 guidelines, which means dining rooms can open at 50% capacity. Riverside, San Bernardino counties moved into the orange tier this week, following recent moves by Los Angeles and Orange counties.Miguel’s Jr. has reopened its dining rooms at 50% capacity, but their hot sauce bars are closed, with staff handing out condiments to customers.The Corona-based chain is currently promoting three limited-item menu items made with Monterey jack cheese: Chicken Quesdillas, Salsa Verde Enchiladas, and Crispy Cheese Tacos with Carne Asada. They will be available through June 8.Farmer Boys plans to reopen its dining rooms on April 13. The Riverside-based chain has begun serving a vanilla cold brew and recently expanded its permanent menu with two fried chicken sandwiches.While providing inside dining is a priority for full-service restaurants, most fast food chains have been focused on improving contactless service in the novel coronavirus pandemic. Both Miguel’s Jr. and Farmer Boys have taken steps to make their drive-thru service more efficient in recent months with such strategies as closely timing traffic and having attendants standing at the drive-thru lanes taking orders.Miguel’s California Mexican Cocina & Cantina, a full-service […] 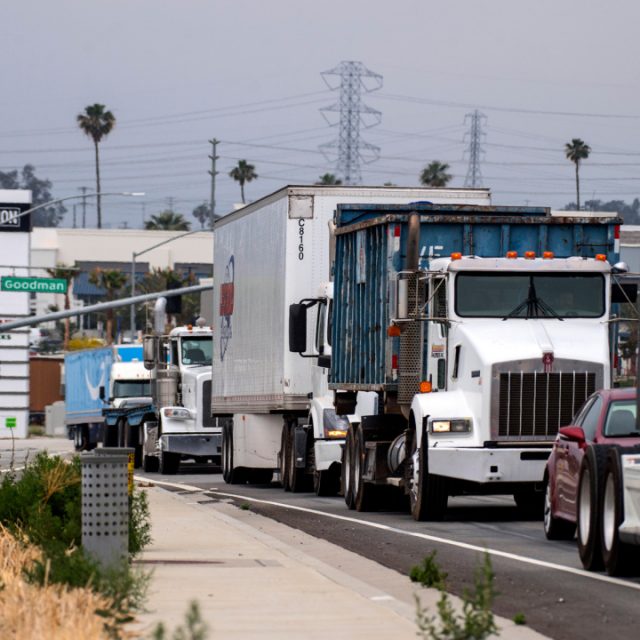 Having been born and raised in the Inland Empire, I am old enough to remember that a third degree smog alert meant no recess or outdoor lunch. The improvements in our air quality have been significant and there is more we must do to clean our air.Improving air quality for Inland Empire residents is a mission we should all support, but new regulations must balance these critical environmental goals with the needs of Southern California’s workers. And at a time when we are finally seeing light at the end of the tunnel when it comes to the pandemic, threatening our region’s economy is the last thing local regulators should be doing. Instead, businesses, labor, environmental groups, and policymakers should be working together to ensure we can protect our air while preserving our economy for the future.In April, the South Coast Air Quality Management District (AQMD) will continue discussions on a proposed “indirect source” rule (ISR) that would require warehouse operators in the region to take steps to reduce emissions from shipping trucks that move goods to and from their warehouse. Warehouse operators that fail to take such steps, such as transitioning to electric trucks, would be required to pay a […] 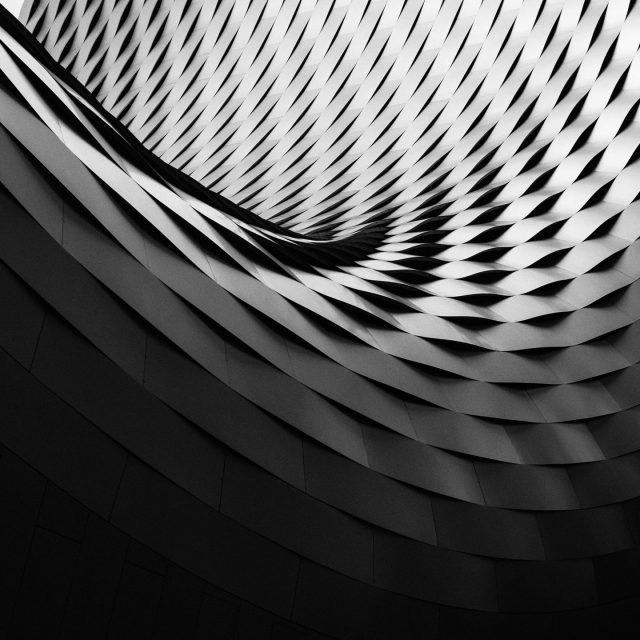 With metrics pointing to continued progress in COVID-19 mitigation, Riverside County Wednesday moves into the less-restrictive orange tier of the state’s economic reopening plan.“We continue to make real progress with combating COVID-19 and the impacts on our businesses and communities,” Board of Supervisors Chair Karen Spiegel said. “Cases have been steadily declining, vaccine supply is improved. These are extremely positive signs that Riverside County continues to move forward and recover.”The county has been in the red tier of the “Blueprint for a Safer Economy” framework since March 16, after five months in the most restrictive purple tier. Updated state COVID data were released Tuesday.According to the California Department of Public Health, under the orange tier, retail businesses have the go-ahead to fully open, while 50% attendance caps are supposed to be observed in restaurants, museums, movie theaters and zoos. The guidelines call for gyms, wineries and bars to maintain 25% caps.Beginning April 15, receptions and conferences can be held with up to 150 attendees, on the condition that they, at minimum, be tested for coronavirus.Meanwhile, Gov. Gavin Newsom announced Tuesday that the target date for an end to all restrictions on businesses, gatherings and recreation throughout the state is June 15 — provided there are […]

More than 800,000 coronavirus vaccine shots given in San Bernardino County 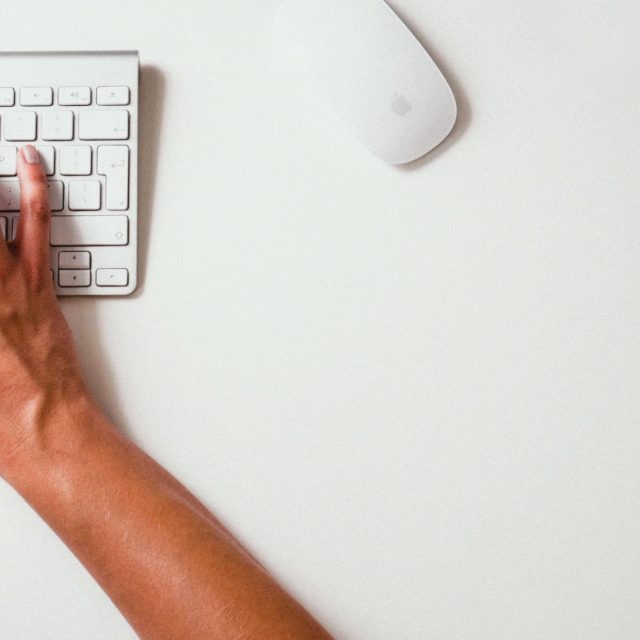 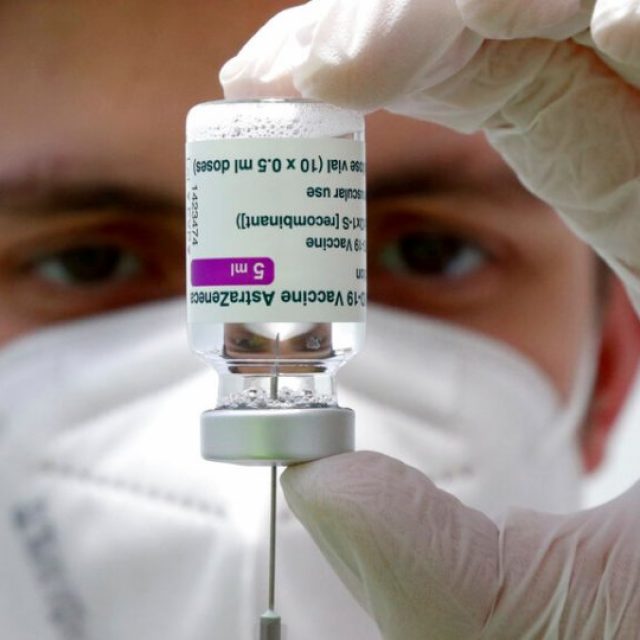 Officials in both Riverside and San Bernardino counties announced this week that vaccine eligibility will now be open to every county resident 16 and older.Residents who meet the age requirement are now able to schedule an appointment starting Wednesday.More than 785,000 San Bernardino County residents have received the vaccine, according to the data dashboard on the county’s COVID-19 website. Last month, Gov. Gavin Newsom announced that California residents aged 16 and older would be eligible for the COVID-19 vaccine beginning April 15, but those in the Inland Empire will have access more than a week ahead of schedule.“This represents another milestone in our effort to get this pandemic under control and return life to normal in San Bernardino County,” the county’s interim health director, Andrew Goldfrach, said in a statement. “The disease is still with us, and we still need to remain cautious to avoid further outbreaks. Yet we have successfully vaccinated tens of thousands of our most vulnerable residents and have seen new cases and hospitalizations decrease rapidly, so we believe it’s time to open appointments to everyone in the county,” Goldfrach said.The Pfizer vaccine is the only one approved for those under the age of 18, and residents aged 16 and 17 will need to […] 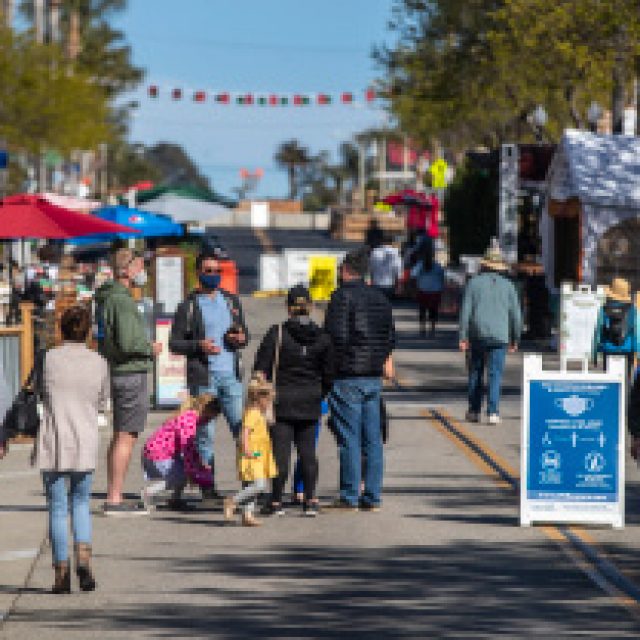 LOS ANGELES (CBSLA) — Riverside, San Bernardino and Ventura counties Tuesday reached the less-restrictive orange tier in the state’s Blueprint for a Safer Economy. The move will take effect Wednesday.“We continue to make real progress with combating COVID-19 and the impacts on our businesses and communities,” Riverside County Board of Supervisors Chair Karen Spiegel said in a statement. “Cases have been steadily declining, vaccine supply is improved. These are extremely positive signs that Riverside County continues to move forward and recover.”According to the California Department of Public Health, retail businesses can fully reopen with modifications, while restaurants, museums, movie theaters and zoos can increase capacity to 50%.Bars can reopen outdoors. Additionally, gyms and wineries can increase to 25% capacity.And, starting April 15, meetings, receptions and conferences will be allowed indoors with up to 150 attendees, if all guests are tested or fully vaccinated.“This progress, thanks to the hard work of our community members, means that our restaurants, retailers, gyms and other businesses can open to more customers which will help keep doors open, grow jobs in industries that were hit hard during the height of the pandemic and get us moving forward on the recovery path,” Ventura County Executive Officer Michael Powers […] 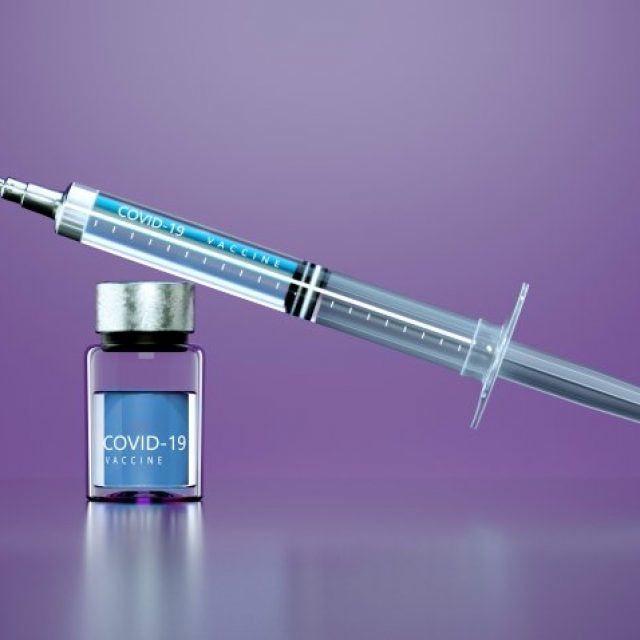 Coronavirus vaccination age eligibility will drop to 16 years old in Riverside County Tuesday, more than a week ahead of when the California Department of Public Health said the change would take place.“More vaccine is available now, and opening eligibility will move us even further towards our goal of vaccinating the majority of our residents,” Board of Supervisors Chair Karen Spiegel said.The vaccination age threshold was reset to 50 years and up last week, and the CDPH had indicated that April 15 would be the date for offering immunizations to those as young as 16.“We are seeing many available appointments at public health clinics have not been filled,” county Executive Office spokeswoman Booke Federico told City News Service when asked why the county was able to lower inoculation qualification ahead of the state schedule.Only the Pfizer vaccine is currently available to those as young as 16, and any recipients will have to be accompanied by a parent or guardian as part of the consent process, according to the Riverside University Health System. The minimum age for Johnson & Johnson and Moderna vaccine doses is 18, per current health guidelines.County Department of Public Health Director Kim Saruwatari said the purpose of […] 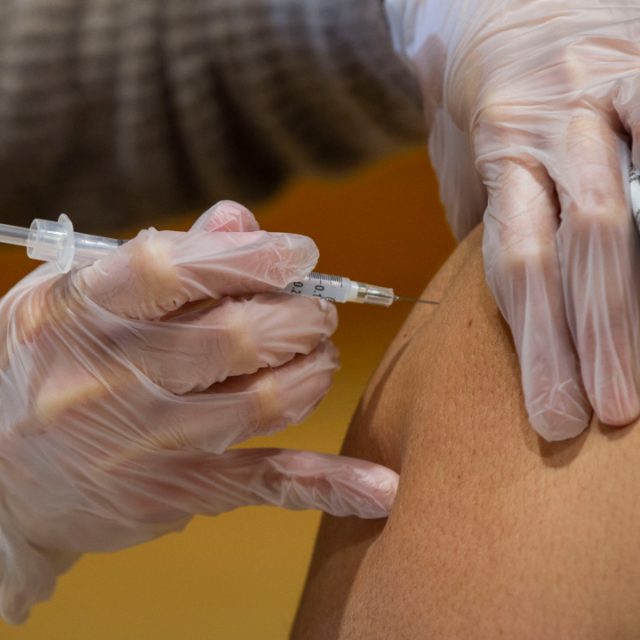 San Bernardino County has reached a promising milestone in the campaign to protect its communities from the novel coronavirus, with more than a half-million residents having received at least one dose of vaccine.The county reported on Monday, April 5, that 508,127 residents have been given at least one shot of vaccine against COVID-19, the disease caused by the coronavirus.That total represents 31.6% of adults living in the county.In another encouraging note, the number of people being treated in San Bernardino County hospitals with confirmed COVID-19 cases fell to 101 on Sunday, April 4. That is the lowest reported number of coronavirus hospitalizations in about a year, since 95 patients with confirmed cases were being cared for on April 1, 2020, during the early days of the pandemic.Here are the latest numbers, according to county and state public health officials.San Bernardino CountyConfirmed cases: 291,727 total, up 528 from Friday, averaging 145 reported per day in the past weekDeaths: 4,128 total, up 29 from Friday, averaging 19 reported per day in the past weekHospital survey: 101 confirmed and 26 suspected patients hospitalized Sunday, including 32 confirmed and 3 suspected patients in the ICU, with 24 of 25 facilities reporting. The number of confirmed patients is down […]

Resources within Riverside County by city.